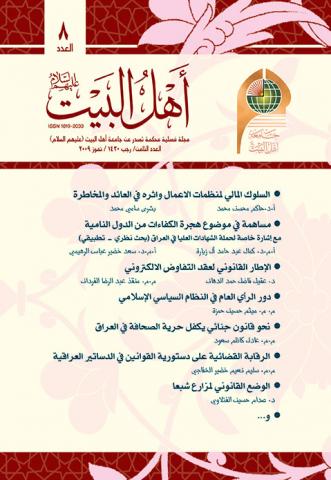 Conferences are an intellectual wealth

Iraqi universities have accustomed to hold scientific conferences and intellectual symposiums during the second  half of the second term every year. This is a good custom if joined with scientific effort and preparation to these symposiums and conferences. It is a chance for universities to promote their scientific and intellectual career so that it becomes a motive for creativity and scientific production provided that they should abide by the scientific criteria and should be prepared away from propaganda and space channels environments.

But to what extent these conferences abide by steady scientific foundations and how far can they influence the culture procession in Misopotamia? The problem is that some of these conferences are no more than a propaganda echoing in space channels and they are void of content. They are not well prepared in advance so that they in their best conditions are represented by resonating orations and sterile discussions with no benefit except propagandic competitions as if they are in an election arena and not in one of the fields of science and intellectual struggle.

We present a mere note to university institutions which should lead the intellectual life in Iraq today and actively participate in establishing the scientific structure in a country which has suffered a lot of  ignorance and intellectual shallowness.